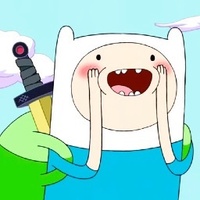 I promised I'd keep you guys up-to-date with how the rewrite is going, so here's a post detailing how far I am into the rewrite.
Not only will this post keep you up-to-date with the progress of the bot, but it will also help myself to keep track of what I have done and what still needs to be done.

Firstly, I'd like to apologise that the rewrite is taking so long. This is my first time creating an actual project outside of the Python language - meaning that I basically have to learn an entirely new language. Also, the library I am using, (Eris) is more barebones than the library I used in Python (discord.py). This means that there are less built-in features in the library and I have to figure out how to do those particular things.
For example, if I wanted to await a reaction in discord.py, it would be about 2-3 lines. In order to add the feature to await a reaction in Eris, I've had to implement it myself in a file containing 42 lines, which honestly took me quite a while to figure out how to do.

Now for what you actually want to know: the progress of the rewrite. Here is a list of commands and their current progress, in alphabetical order.
Public Commands

As you can see, most things have not yet been implemented. However, this does not mean that I am far behind as most of these commands can be implemented very easily. The commands left that may be difficult or time-consuming are:

I want to thank everyone for your patience, as I understand that the rewrite is taking a long time.