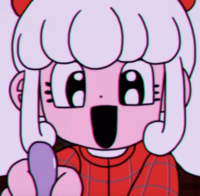 What were you banned from?: Server

Why were you banned?: Breaking unban conditions through receiving a warning for pinging staff. (1 offense = ban, condition lasts for two months, broken before over)

Why should you be unbanned?:

During the last half-year, while I've been banned, I've come to realize the real reason for my ban from the server. After countless altercations with many people, I came to know that I had become increasingly toxic, extremely argumentative, and an overall nuisance to almost everyone I talked to. Though not necessarily being in the wrong, I wasn't in the right either due to how I would respond to things, causing scenes and annoyance to everyone involved. No one wants a pain in the side around after all, eventually leading to my removal (of course the disregard of some rules on some but not many occasions also contributed).

I have deeply reflected upon my past actions and behaviors as a person to myself and towards others and have reformed myself to become a better person overall. The argumentative side and sometimes condescending tone that people knew me most for is a part of the past and something I regret ever letting develop within my personality. I am also much more laid back as a person overall now, no longer getting mad at small things meant to be made as jokes or to poke fun at someone. I've matured a lot in the months I've been gone and have grown into a much better person than I used to be.

I really hope I can be given another chance, and hopefully a fresh start within the community. I have come to miss multiple individuals and the enjoyment I once had in BoxBot. The person I was when removed from the community is in my past and not something I am proud of. I hope to be able to talk to many people I knew once more.