[ACCEPTED] Nori's Back as a Bug Hunter 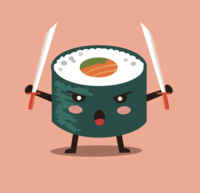 [ACCEPTED] Nori's Back as a Bug Hunter

Discord tag (e.g. logan#0001):
ıllıllı Nori ıllıllı#3708
Discord ID (e.g. 71632953322512384):
274024384971407360
How long have you been actively using/playing BoxBot?:
1 month, but I played it often for around a year before I left the server.
Have you recently received any punishments on the BoxBot server?:
I havent received any at all.
Why do you want to be a bug hunter?:
1) To test bugs
2) To un-white my role
Have you actively done any beta/alpha testing for any other programs/games/projects in the past? If yes, give a brief description of what and when:
I was an open alpha and beta tester for Spellbreak and FrontShot.io in the last 2 years.
Are you prepared to come across and report software bugs that could potentially influence or hinder your gameplay?:
Yes I do
Are you able to actively use the early access bot? Keep in mind if you become inactive, your role may be removed:
Yes I do
Anything else you'd like to add:
I was an active Bug Hunter, only left the server because I wanted to take a break from most of Discord.