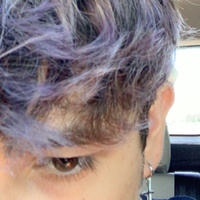 I was banned from: the main server.

Why I was (unfairly in my opinion) banned: SJ was arguing with Kole and said, "at least I don't message underage girls like you", and someone asked if it was true, so I said "yes". For that I was banned by Bongo... For saying "yes".

I should be unbanned because I think it was a crummy reason for ban. I simply confirmed a question lol. I think I had a very positive influence on the community before my ban. And I even made art, and tolerated the horrible compensation (or lack thereof).

Additional info:
- My previous warns, leading up to the ban, were for dumb reasons such as:
- All-caps'ing a message, and got no verbal, but direct dyno warn from Kole.
- Posting a meme with the n-word but with "


P.S,
Sorry for exposing the staff, I wont do it again.