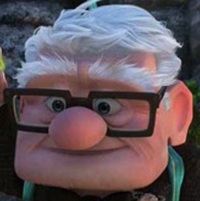 Hi it's Jon (Jonteiro#6969 | 234430971565309962), I was banned from the server and I would like to appeal my ban.
I was banned for reaching the warn limit (or so I assume since Dyno didn't dm me saying I was banned or for what reason) after being warned by Mermy for "continuing to use the n word", first of all I would like to fully explain the situation and then explain why I believe I should be unbanned.

What happened:
I was in chat, talking with mokey and said "nig @mokey" which for some reason I considered was ok (definitely not, was my bad), Dyno proceeded to delete it for inappropriate language and mokey, confused as to why he was pinged and why Dyno had deleted it, asked what I had said, then I (instead of doing it the smart way and dm'ing mokey) wrote it in chat, spacing it out to avoid Dyno filter (also completely my fault, and quite honestly, REALLY fucking stupid of me). Mermy, seeing this warned me, and like an hour later I got banned.

I think I should be unbanned since:
Although all of this was MY fault, it was mostly due to the fact I was having a really shitty day (I fell in the morning biking up to my math tutoring due to an old man in the bike lane who even tried to blame it on me, had to completely re-build my pc since the motherboard almost fell off, and got soaked because of a big ass truck sending a shit load of water that was on the side of the road at me while going to get lunch, among other smaller things). And while I know that's never an excuse to do something that stupid, I really took it out on people and I shouldn't have, and for that, I'm sorry.

Sorry for any inconvenience, but you will not be unbanned. As you are a former moderator, you are expected to know the rules better than most people on the server and as such should know not to use slurs or any variants of slurs. It does seem that you know what you did was wrong, and I do hope that you make sure to follow the rules on any future servers you may venture to. Thanks for your attempt to appeal, and have a nice day.