As someone who was unfairly banned, doxxed twice, and IMO unfairly banned a second time, I didn't really want to come back to BoxBot, but over time I started missing quite a few people which is why I've come here to appeal a second time. Now before I get into the details of my appeal, I'd like to mention that I will be indirectly referencing quite a few things from my past appeal, here.

What were you banned from?:
The BoxBot Server

Why were you banned?:
I was banned due to breaking my previous unban conditions by pinging the Sr. Mod, Kole#0001 which resulted in a warn and my ban. (screenshot provided)

Why should you be unbanned?:
I have multiple reasons why I should be unbanned, which are listed below:

Firstly, in the context of the actual situation, I did nothing. I simply pinged Kole#0001 with a civil response to their false accusations upon me so I could clear up any misinterpretations about what I had said to resolve confusion and prevent an argument. Unknown to me, Kole highly disliked being pinged regardless of what the message contained nor the importance of the message. Due to this, he warned me for ping staff when told not to. The thing is, there is nowhere in the rules that imply that you are not allowed to ping staff, in fact, there are multiple channels where you can ping staff for multiple different things related to BoxBot. There was also no explicit statement that people are not supposed to ping Kole. I'd also like to mention that as my ping was included in a response message aimed to resolve confusion, there is no possible way that it would fall under a useless ping as it was not just solely pinging without a purpose. As there is nothing saying that the people in BoxBot cannot ping that specific staff member, even for a reason, I find the warning and the ban proceeding said warning to be unfair.

Secondly, the unban conditions imposed upon me after my previous ban, were outright unfair. As my first ban was due to abuse from the Admin KSI BewareDog#9667, as they had banned me because "they could if they wanted to", any conditions after my unban would be unfair. This ban was also witnessed by other staff (Admin Lucian#3434 was even talking as well). Even stated in the response to my first unban appeal, my modlogs wouldn't have been sufficient for a ban anyways. (2 warns & 1 mute) As my ban was due to abuse and I had too little modlogs for a ban at the time of the incident, the conditions imposed upon me after receiving my unban we absolutely unfair and I should not have been banned.

Any additional information:
I also have multiple inquiries that relate to my bans and experiences on the BoxBot server.

1. Why was KSI BewareDog#9667 never punished for banning a user off of BoxBot for no reason (abuse)?

2. Why was Piggles101#1234 never punished for doxing (against Discord ToS) and slandering me in the DMs of multiple people even after sufficient proof was provided to two admin in which they acknowledged what had happened?

3. Why wouldn't it be allowed to ping certain staff as it is literally part of their job to help and respond to people while it isn't stated anywhere they are allowed to do this as well?

4. Why are some staff able to bend/break the rules while they are supposed to be setting a good example for the community and enforcing the rules? (Ex: Kole#0001 posting an NSFW image in main chat)

Haha, funny, very funny, you do realize this was your final ban right? You aren’t getting unbanned. OmegaLul 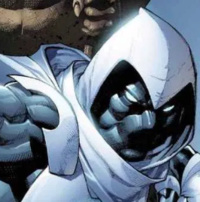 Mercy, your ban will not be appealed. You were previously banned for arguing with staff, the warn for pinging merely brought to light the previous unban conditions you had, resulting in your immediate ban. Due to the size of your case, staff have come together and concluded that you shall stay banned. Sorry for any inconvenience, and I hope you have a good day.

As for the inquiries you make, I will look into the circumstances surrounding these and give you a response in dms when I have more information.