Your Discord tag : Eru~#9690
Your Discord ID: 408249494883532801
what were you banned from?: discord server
Why were you banned?: Apparently spreading online investing got me banned.
Why should you be unbanned?: for the community that ive left for 6 months
Any additional information: to the admin/moderator that denies this (only if denied), tell sift, kramples anf woofles that i said hi. thats it 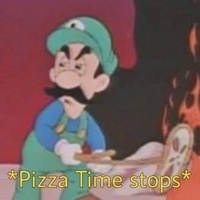 Hello Rittee, you have been a member of our server for quite some time. In the span of your time in Boxbot you have accumulated numerous mutes and warnings. We dish out these punishments to remind the user who receives them of the rules we have set in place. Clearly, you haven't learned after your punishments which led you to receive a ban from our server. You have attempted to bend the rules numerous times purposefully in front of the staff and you continued even after you received your punishments which makes it extremely clear that you did not take the time to review the rules as you continued to break them over and over. Before you were banned you were asked numerous times to drop the topic you were talking about (gambling) and you continued. Although, the reason you were banned wasn't punishable I previously stated you have received multiple mutes and warnings. Your ban would've happened sooner or later anyway because we don't allow users to stay if they are constantly breaking the rules over and over again

I'd like for you to elaborate on what you meant when you put for why you should be unbanned "for the community that ive left for 6 months." This doesn't really give me a reason to accept your ban appeal as it doesn't make any sense to me or any of the other staffers.

Looking at the fact that you've been in Boxbot for nearly a year and you haven't learned at all, I will be denying your appeal as you have had numerous chances to follow the rules and you didn't.

You may submit another appeal in at least two months after this reply.

Thank you for your understanding of the outcome.
- Bongo ☭