Discord tag: Merkavamk4[FE4R2]#1127
Discord ID: 458131489893253124
Banned from: Boxbot discord server
Banned for: Telling Ligma jokes
Why I should be unbanned: I was banned I think was several months ago, I think this could be considered a long enough sentence for such a silly ban.
Additional Information: I only said one Ligma joke, the rest I said like the first few words then did .....  Oh yeah the Ligma jokes were warnings.  What got me banned was  using the emotes like the big red E from epic to spell out a word.  I was not aware this was against the rules, and before I know it I am muted and no joke less than 30 seconds after I am muted I get banned.
Question: What was the point in muting me instead of just strait up banning? 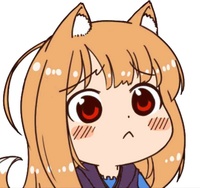 Re: [DENIED] My ban appeal

After looking into your reasons for being banned I'm going to have to deny your request to be unbanned. You were were for the same thing 5 times before being banned. This shows that not only were you given more than the average amount of chances, but it also shows that you had no regard for the rules you were being told to enforce. For this reason I am denying your ban appeal.

And as for your question as to why you were banned shortly after being muted: the mod who muted you didn't know that you had a history of breaking rules and the one who banned you did and was just following protocol by banning someone who is a repeat offender.