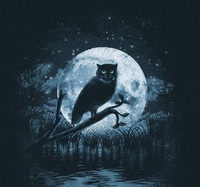 How long have you been actively using/playing BoxBot?: 2/23/19

Have you recently received any punishments on the BoxBot server?: No

Why do you want to be a beta tester?: I find the main bot really fun except for some issues with lag and features that aren't out yet (like explosives) so it'd be great to see what bugs have been fixed with the beta bot and what features have been included or added brand new. I'd also really enjoy being able to put my input into a future version of box bot

Have you actively done any beta/alpha testing for any other programs/games/projects in the past? If yes, give a brief description of what and when: About two years ago, I was a beta tester on a mobile app called Flat.io which is an app to compose music on. There was already a website version that I liked, and since I'm typically on mobile as much or even more than computer, a mobile version of that app was great

Do you participate in BoxBot events regularly? (BoxBot events take place on the beta version of the bot, so joining an event will affect your inventory): No

Are you prepared to come across and report software bugs that could potentially influence or hinder your beta gameplay?: Yes

Are you able to actively use the beta bot? Keep in mind if you become inactive, your role may be removed: Yes